Cancer has, in one form or another, affected nearly all of us but thankfully new and improved treatments are emerging all the time.

However, this wouldn’t be happening if it weren’t for a dedicated army of researchers and medical specialists who are working to find new ways of the disease, and the charities and fundraisers who make much of this work possible.

One of our clients, Kayam Iqbal (pictured above, third from right), made his debut on the celebrity version of Channel 4’s BAFTA nominated show Hunted last night, screened to support the Stand Up To Cancer fundraising campaign from Cancer Research UK.

Kayam, a former RAF medic and linguist who completed tours of Afghanistan and Iraq before being medically discharged with PTSD, was shown quizzing friends of Stanley Johnson (the PM’s dad) and Georgia ‘Toff’ Toffolo as they attempted to track them down.

Kayam is a keen supporter of the #SU2C campaign and has been eager to use his social media channels and the press interviews we’ve secured for him to encourage people to pledge their support.

We arranged for him to be interviewed an hour before the show on BBC radio where he was able to talk about how the public can get behind the campaign and donate money.

And Kayam has conveyed the same message during interviews with both local and national newspapers and websites, making many more people aware of the campaign.

It’s people like Kayam that are in the public eye who can make such a huge difference to fundraising campaigns such as #SU2C.

Adam Smith, Topline PR Director, said: “I’m pleased that we’ve been able to secure Kayam significant coverage across the country which has enabled him to spread the message about Stand Up To Cancer.

“His voice, along with his fellow hunters and contestants, and the backing of Channel 4, will hopefully make this a very successful campaign and progress the battle against cancer.”

Kayam also runs The OppO Foundation charity, which helps ex-military personnel, their families and dependants on their return to civilian life.

If you’d like to have an informal chat with a member of the Topline PR team drop us an email at contact@toplinepr.co.uk or call 07543 195476.

How To Respond To Negative AND Positive Online Reviews 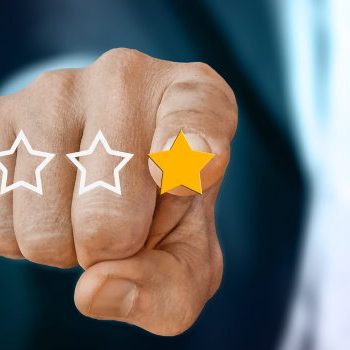